Back when I was obtaining my liberal arts undergraduate education, I studied French for 4 semesters, which means that I memorized a bunch of french, took tests, and retained a bit of it.

For the record, my French skillz eventually proved valuable when we were in Ireland and attempting to determine the dress code for one of the links courses there (golf), and the only golfers we ran into were French and drunk at a pub.

One thing I remember in particular from my 4 semesters of French, was Dr. Yvette Guillemin-Young's,lesson on the following french gesture: 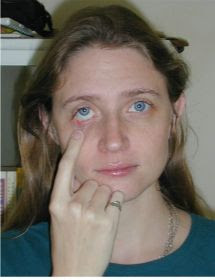 When someone tells you something that's complete hogwash, this is an appropriate gesture while saying, "Mon œil!" or "As if!" or "Whatever dude!" or "Pfft" or "Yeah right!" or "BS!"

You've always wanted to know all about French gestures and how to use them. N'est-ce pas?