The Last Supper - at Travail

When news broke that the beloved Travail Kitchen and Amusements in Robbinsdale, MN would be closing, as we know it, we hightailed it to their dining room for one last prix fixe tasting.

We arrived at 5pm on a Thursday, waited 30 minutes, and were seated at the shag rug "hot tub" table, along with 4 young gals who were out for a "dinner club" meeting (Dinner club? I'm all about it.).

Because our meals at Travail have been memorable and exceeded our expectations, I wanted to document our last supper at the original Travail - you know, for posterity. I should have toted along our Panasonic Lumix, but instead I took pics with my iPhone (mea culpa). 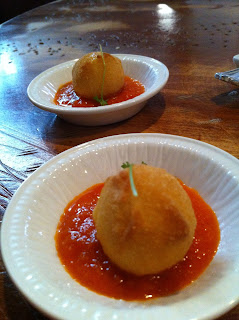 A riff on grilled cheese and tomato soup, this saucy little number included an American cheese fritter in a sauce that tasted suspiciously like Campbell's tomato soup. 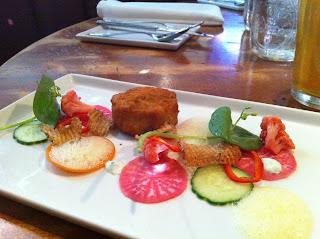 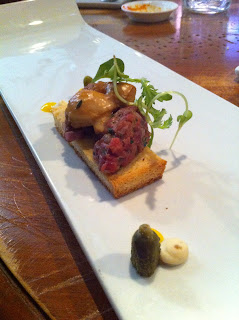 The simple beef tartare was served on buttery toast with a zesty cornichon and tangy mustard. 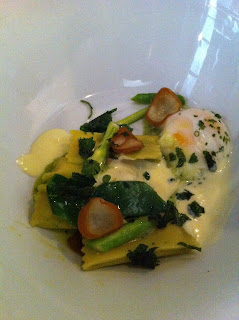 Their angliotti never disappointed, and this night was no exception - with asparagus, a poached egg, and a buttery foam sauce reminiscent of hollandaise. 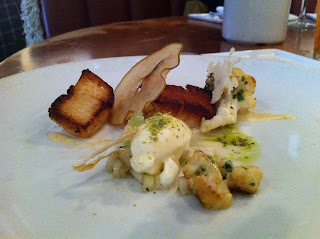 The perfectly seared scallop was served with lime mascarspone, candied pear, and cauliflower. 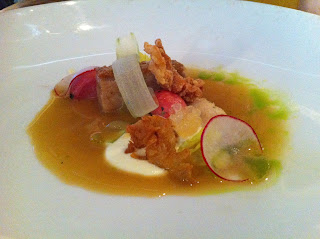 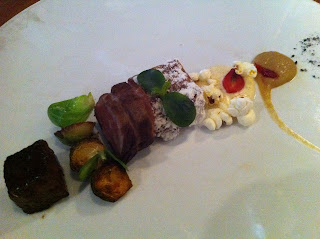 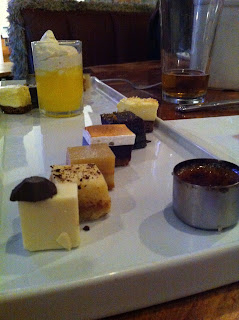 We're looking forward to their new ventures, Pig Ate My Pizza and The Rookery, and we're excited to snag a table when Travail reincarnates itself in September 2013.
[where: Minnesota, Food, Minneapolis, Twin Cities, 55418]

I love to have connected with a foodie just like me! xo Can you also share the recipe of Valentino Pasta? It looks best for my late night cravings