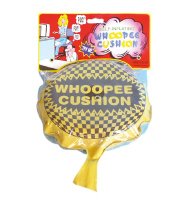 This past week was full of crockpot madness! And a ton of laughter! Did you know they made self-inflating Whoopee Cushions?!?! Constant guffawing on Saturday night.

Friday night, we took the first step in the bedroom redo. After much contemplation, we've decided on "a look" and headed downtown to buy new bedding and a rug. Window treatments are in the works, and my dad will be in town soon to help paint and max out our closets. Can't wait to have killer closets!! After shopping, we grabbed some chow at the Minneapolis Chatterbox with cBass and Aimee. My service was crappier than it usually is there. I think they screwed up my order 3 times, along with the bill. Guess the gang didn't have it all together for me. I'll let it slide, cuz they're usually on top of it. Watched some chick play SuperMario Bros for awhile. The joint was 4/5 packed with hipsters playing games and slamming beers, as usual. Check out the Chatterbox for nights filled with sitting in your living room in a public place.

Beat it, and headed to Psycho Suzi's to visit Brad and the gang. Ran into this chic I knew from high school named Molly. Discovered she works at one of our fav hangouts, the Town Talk Diner! Enjoyed some Tiki drinks, along with shots of my fav Tequila, Corralejo, Anejo. They have the Anejo, which I haven't seen in the Twin Cities so far. I'll be back for more, believe dat! Psycho Suzi's has a kickbutt set of tiki drinks which will drive you to drunkenness. They've also got decent chow. I must be from Wisconsin, cuz the first thing that comes to mind is the fried cheese. Yummy!

On Saturday, while we finished battening down the hatches outside to prepare for winter, we made crockpot baked mac n' cheese for a "comfort food party" hosted by one of gerg's colleagues, Jessica. The party was in Northville, maybe 20 miles from here. We did our yard work in the brisk autumn air, cleaned out gutters, raked, burned stuff, covered the AC unit, etc. Showered, grabbed the crock, and headed to the party! Northville was covered by almost 8" of snow!! Who knew the seasons could change in 20 miles?!?! Anywho, the party was fun, and my highlight was receiving a hand-drawn turkey from Jessica's daughter, Bella - she named the turkey Wiga. That's right. Wiga. LOVED IT! She was also a huge fan of one of my favorite toys. The Whoopee Cushion! She set up this great obstacle course where she'd do a front roll, jump on an ottoman, and then land on the chair (which had a Whoopee Cushion on the seat). We laughed at how gross the chair was.

Sunday, we hit the Packer party at the Herkimer. What a blast! We were all about Donald Driver's 191 yards receiving on Sunday! Our server spilled a little beer on gerg and gifted him with a leather cuff bracelet. Very very!! gerg couldn't see keeping it, so he returned it as he paid our tab. Other highlights included Deanna Favre quaffing a huge glass of beer on National TV, the red-haired chick who cheered for the Packers by imitating Gonzo's' long lost sister, and the JELLO SHOTS!! Woo hoo! Thank you, Brett, for not throwing a single fuggin TURNOVER!! gerg was all about you, Brett!

Practically skipped back to the car after the victory over the Vikings. Got home and set up the crockpot for yet another outing. This time, we fixed up some chili cheese dip for Bobbi's birthday party.

While it did its thing, we took a nap to recover from the PACK attack while watching DIY programming; I've been battling a doozie of a headache on and off for a couple of weeks - I think it's related to a pain in my neck/shoulder. It means a little more resting than usual, which isn't bad, but has contributed to me acting like a total baby at times.

Smith's party was a good reunion. Nice to see all the folks out and about on a Sunday night. With Lotus and the Lodahl twins in the house, and a pregnant mom, lots of childtalk ensued. Also, something bad happened to gerg's camera at the party. The flash made a cracking sound, like something shattered, and I repeatedly received an E18 error. BUMMER! We need the camera for our trip to NYC next week!!

Monday night, after walking kota dog, gerg and I headed to St. Paul to the Mann Highland I & II to check out Borat the Movie. Before the movie, we grabbed sups at the St. Paul Chatterbox Pub nearby. It's got a similar menu, with the addition of a breakfast menu, and the same nostalgic vibe as the Minneapolis Chatterbox, except everything was newer and cleaner. Fewer hipsters and more grups (a term I lifted from NYmag) in the crowd. I ordered the fondue from the appetizer menu, but was somewhat disappointed by the more like con queso dip that I received. It's not that it tasted bad, but I expected something more similar to fondue and less like con queso dip. gerg had the chicken quesadilla, which was tasty, as ususal, according to him. Service was great.

Borat the Movie was hilarious. The whole crowd at the Highland wasn't just laughing, but roaring at Borat. I've been a fan of Sacha Cohen since I first saw a video of Ali G, Innit back in 1999. Borat the Movie is goofy and takes necessary satirical stabs at America's sometimes hypcritical and often ridiculous cultures while being totally offensive.