This is what I look like when I circuit bend.

From Wednesday-Saturday night, gerg and I lived among the circuits.

Friday night, we hit the Bent Festival and checked out the exhibit at Intermedia Arts. All kinds of fun toys and bent whatnots were available. Reed and Sarah joined us, and I think Sarah also fell for Beatrix*JAR, which isn't that surprising because they rule, and you know it. 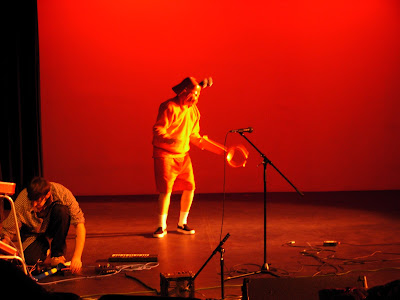 Igloo Martian: complete with a crab that played keyboard 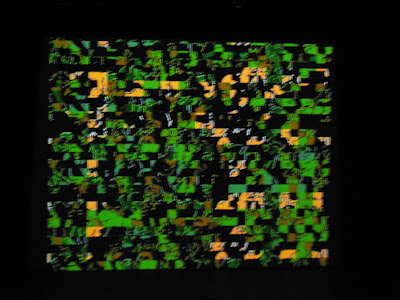 Jeff Donaldson: Bent Nintendo with some serious beats. For awhile I felt like I was at a spaceage quilt show. 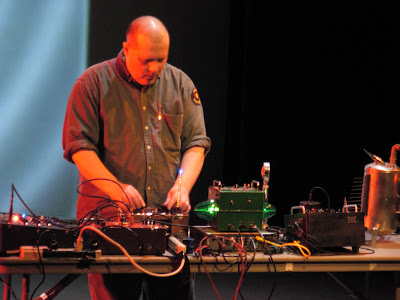 Tim Kaiser - this guy brought the coolest bent toys I saw at the festival. I especially liked his TankPodDrum. 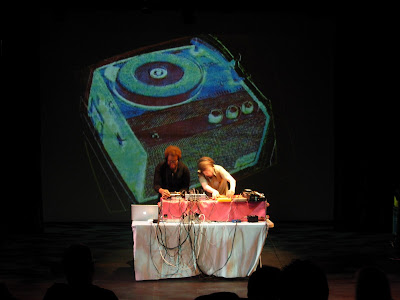 Beatrix*JAR - They're good for me. Datura 1.0 - a possessed witchy character was a part of his act....you can see her behind him. She was seriously possessed.


On Saturday, gerg and I had the chance to do some of our own bending! And attended some workshops. The Lodahls made an appearance with their adorable rugrats. Saturday night brought 5 more crucial acts to Intermedia Arts. 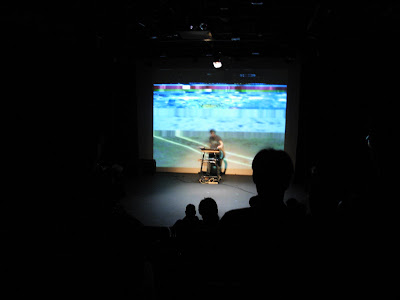 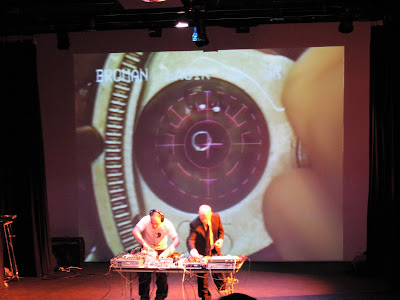 Roth Mobot - played a video of Lasik surgery behind them while they were playing. It was super disgusting. I kept averting mine eyes so as not to upchuck in the nerd's hair in front of me.

Spunky Toofers (not pictured) - rolled around on the floor, inspired by lightning. At the end of his act, he collapsed. I hope he didn't zap himself. 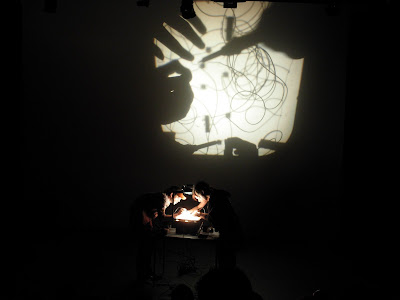 Loud Objects - Live circuit bending over an overhead projector. Very "out of the box" in terms of circuit bending. Plus they rave danced during Ron S's act, which was pretty cool. 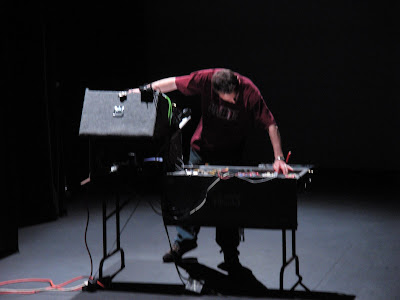 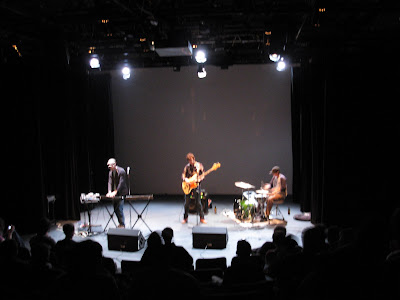 Mystery Palace - always a pleasure on my ears. Each time I hear them, I wonder why I spend so much time listening to bands with terrible vocalists when I could be soothed by Mystery Palace instead. Awesome band.

Check out all of our photos of the Bent Festival in Minneapolis here.

hey this is a great rundown of bent mpls...thanks for it!

It was great to meet you. See you next year!